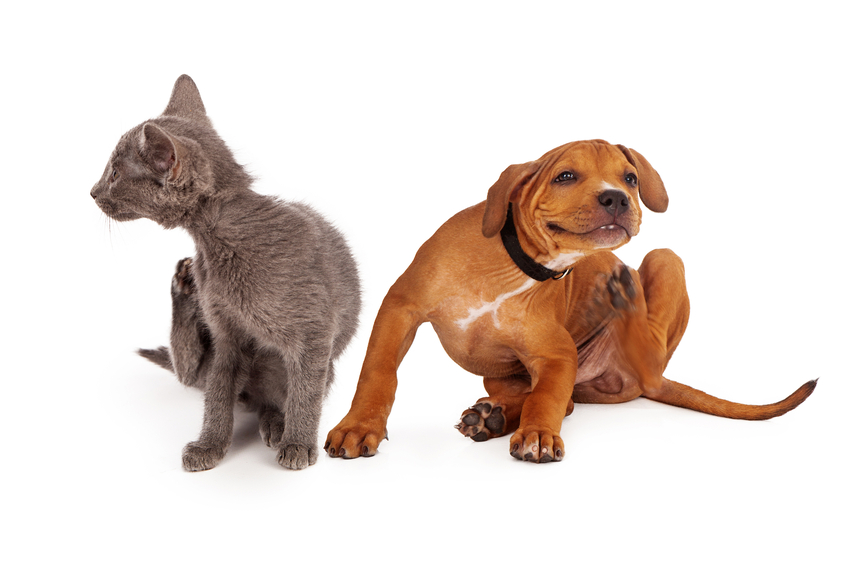 An allergic reaction is an immune system response. Allergy symptoms develop when these proteins are carried through the air and come in contact with the lining of the respiratory tract. A person with a severe animal allergy can experience a reaction in a public place from exposure to dander that is carried on a pet owner's clothing.

Incidence and Prevalence of Animal Allergies

According to the Asthma and Allergy Foundation of America, 15–30 percent of people with allergies have an allergy to dogs, cats, or other animals. Cats are the most common cause for pet allergies and approximately 10 million people in the United States are allergic to cats.

According to the American Academy of Allergy Asthma & Immunology (AAAAI), approximately 3 million children in the United States have asthma that is triggered by allergens (e.g., animal saliva, dander, dust mites, pollen).

Cause and Risk Factors for Animal Allergies

Pet allergies are caused by an immune system response to proteins present in the animal saliva, dander, or urine. Allergies to dogs, cats, and other animals tend to run in families. In most cases, animal allergies are inherited and result from a genetic hypersensitivity to these proteins, which are called allergens.

An allergic reaction occurs when the immune system produces an antibody called immunoglobulin E (IgE). This antibody binds to cells in the body (called mast cells) and causes the release of histamine (substance that dilates blood vessels) and other chemicals.

Animal allergens, which are carried through the air, are sticky and collect on surfaces (e.g., bedding, clothing, furniture). Petting, grooming, animal activity, vacuuming, and dusting increase the amount of allergens that are released into the air. Animal allergens can remain on surfaces and in the air for months.

Signs and Symptoms of Animal Allergies

Symptoms of an animal allergy include the following:

Allergy symptoms can occur within 30 minutes following exposure, or may not develop until several hours later. In some cases, symptoms increase in severity for 8 to 12 hours. In 20–30 percent of patients with asthma, an allergic reaction can trigger an acute asthma attack. Animal allergies also can cause chronic asthma.

Dr. Resnick received his medical training at the University of Illinois, College of Medicine. He performed his residency at Children's Hospital Memorial Hospital

Dr. Resnick received his medical training at the University of Illinois, College of Medicine. He performed his residency at Children's Hospital Memorial Hospital

What Our Patients Say